San Juan is the name of a former church and later monastery. The building originated in the 11th century was last used as a hermitage. Its island Gaztegulatxe is located in the Bay of Biscay, approximately an hour north of the city of Bilbao. Although the Camino de la Costa does not pass the island closely, it is still worth a day trip. Busses will take you from Bilbao city towards the town of Bermeo, from there you can  either take a bus or a taxi to San Juan de Gaztegulatxe. 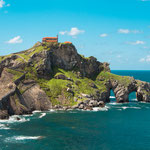 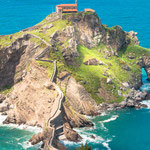 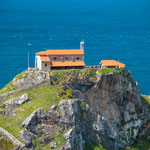 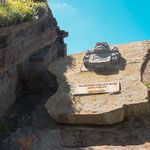 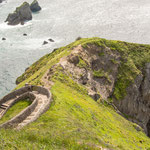 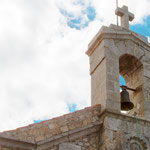 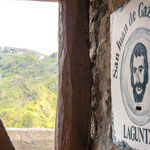 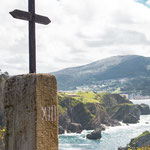 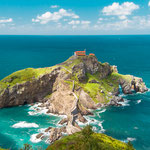